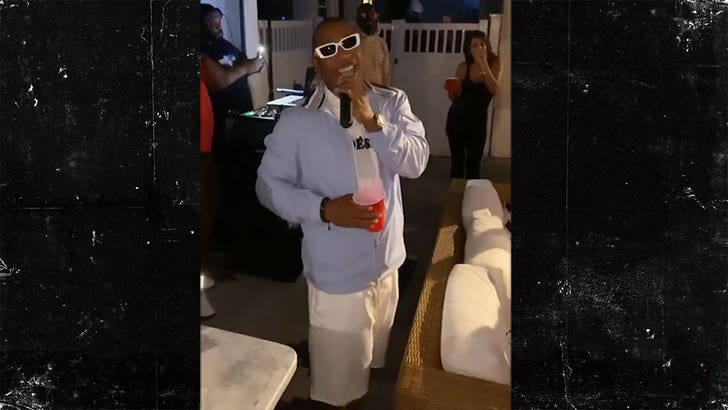 Ja Rule has made his services widely available to the general public — the dude’s offering up private party bookings now … something his old foe, 50 Cent, finds awfully hilarious.

The rapper made an appearance this weekend at a private house party in New Jersey, where it looks like he was hired by a bunch of hotties to perform a few hit songs and hang out for a bit. One classic jam of his that he got around to playing … “I’m Real,” featuring J Lo.

Waiting for your permission to load the Instagram Media.

Everyone was having a good ol’ time, and Ja certainly had no shame in announcing that, yes, people CAN book him for gigs like this now. He’s partnered up with ICONN, and there’s an official way you can go about getting Ja to come to your shindig … for a pretty penny.

Sounds neat, but of course … there’s always haters lurking in the back ready to pounce. In this case, Ja’s nemesis, Fitty, came with a bag of jokes ready to fly at JR’s expense.

Waiting for your permission to load the Instagram Media.

He took to IG and wrote, “if you don’t want to end up doing private birthday parties for 15 people. 🤷🏽‍♂️stay out of my way, OK.” Some folks credit 50 with stunting Ja’s career — at least that’s how 50 sees it — and he rides that narrative to no end … constantly clowning the guy.

Tesla’s Elon Musk shuts the door on Gigafactory Texas talk, but for how long?