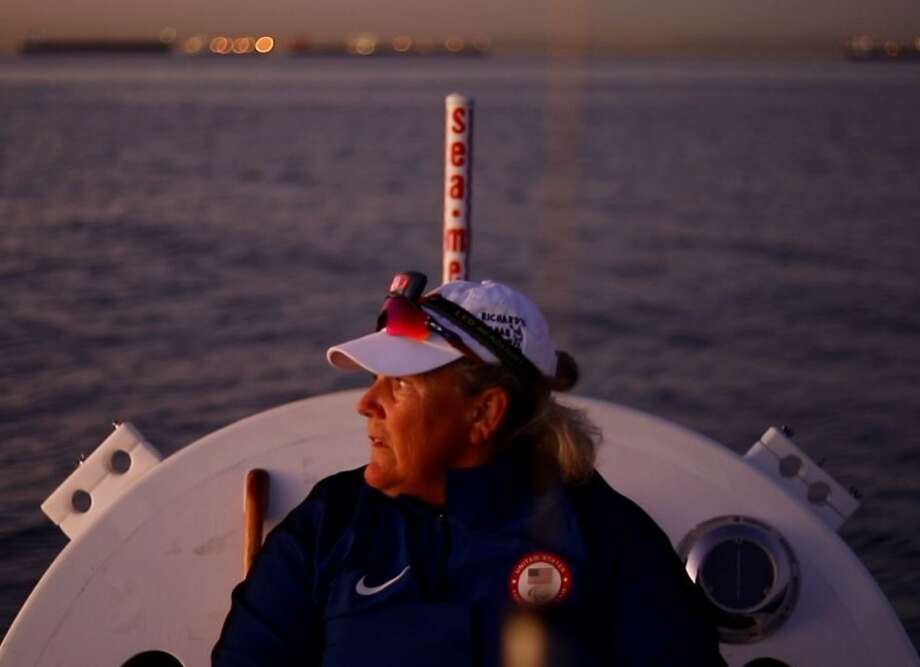 Angela Madsen left Los Angeles in her 20-foot rowboat, Row of Life, in April and had a goal to reach Honolulu in four months.

Three-time Paralympian rower, sixty-year-old Angela Madsen, has died at sea while attempting to complete a record breaking voyage from California to Hawaii.

Madsen had been attempting to become the first paraplegic, the first openly gay athlete and the oldest woman to row across the Pacific Ocean.

After a spinal cord injury while in the Marines left Madsen with paraplegia, she went on to win bronze in the shot put at the 2012 Summer Paralympics in London.

Madsen left Los Angeles in her 20-foot rowboat, Row of Life, in April and had a goal to reach Honolulu in four months.

A statement from Angela’s partner Debra Madsen on Facebook on Sunday said that her wife was not responding to text messages and a tracker showed her boat was drifting instead of being rowed.

The news was confirmed on Madsen’s Instagram account Monday by Soraya Simi, who was making a documentary about the solo row attempt.

“Two nights ago Deb, Angela’s partner, texted me that she was worried something had happened to Angela. The last update we received from her was that she was going in the water to fix the anchor on her bow. She was prepping it for a storm due to hit by the end of this week. She’d been texting me jokes and seemed to be in her usual high spirits as she was so close to the halfway point and we had a celebration planned. I checked the GPS and noticed it was weird that her speed was so slow.

“They dispatched an aircraft. It still took all day. We waited as each excruciating hour passed until 11pm, 25 hours after my first call, to learn the news that Angela was, in fact, deceased. Her body was floating next to her boat, still tethered.” Simi wrote.

Read More: Paraplegic woman dies at sea while trying to row from California to Hawaii

‘This is the beginning of the next stage of his recovery’

Michigan football, Jim Harbaugh to be hit with NCAA allegations

Jonathan Kuminga is emerging into a defensive force for the Warriors