Prince William tonight quoted Louis Armstrong’s song ‘What a Wonderful World’ as he paid tribute to the Queen’s efforts to help the planet during an environment-themed speech in front of Buckingham Palace for the Jubilee concert.

The Duke of Cambridge praised his grandmother for her ‘hope’ in the future of the planet during a segment of the Platinum Party dedicated to the environment and featuring Sir David Attenborough.

Prince William, who was greeted to the stage by people screaming ‘we love you’, also said he ‘feels so proud’ of his father Prince Charles and his grandfather Prince Phillip for their work in championing the natural world.

He echoed the Queen’s words from her speech to the Cop26 UN Climate Change summit, when she said working together in a ‘common cause’ always gave rise to hope.

Prince Charles later took to the stage where he paid a moving, personal tribute to the Queen, calling her ‘Mummy’ and thanking her for being there for the nation in good times and bad for 70 years.

In Prince William’s speech, he highlighted the efforts of ‘visionary environmentalists’ and went on to name broadcaster and naturalist Sir David.

Speaking on stage to thousands gathered in The Mall, Prince William said: ‘It’s my firm hope that my grandmother’s words are as true in 70 years’ time as they are tonight that as nations we come together in common cause, because then there is always room for hope.

‘Tonight has been full of such optimism and joy – and there is hope. Together, if we harness the very best of humankind, and restore our planet, we will protect it for our children, for our grandchildren and for future generations to come.’

Before the duke spoke, a pre-recorded message from Sir David was played featuring spectacular imagery of the planet with the Hans Zimmer orchestra playing a version of the Planet Earth II Suite as dancers from the Royal Ballet performed.

During the speech, Buckingham Palace was illuminated with images of nature and endangered animals, whilst the crowds held green-coloured lights. 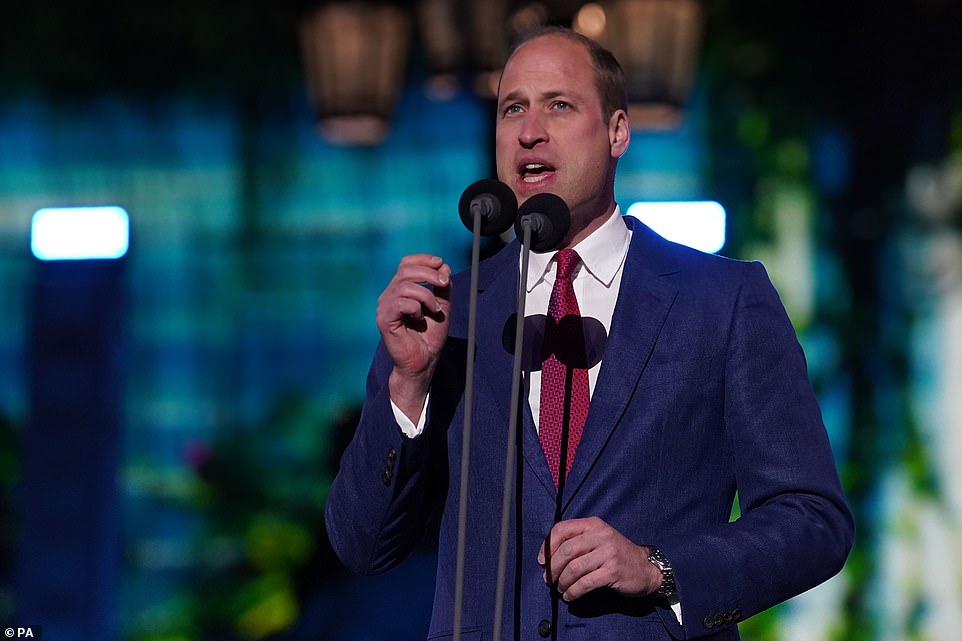 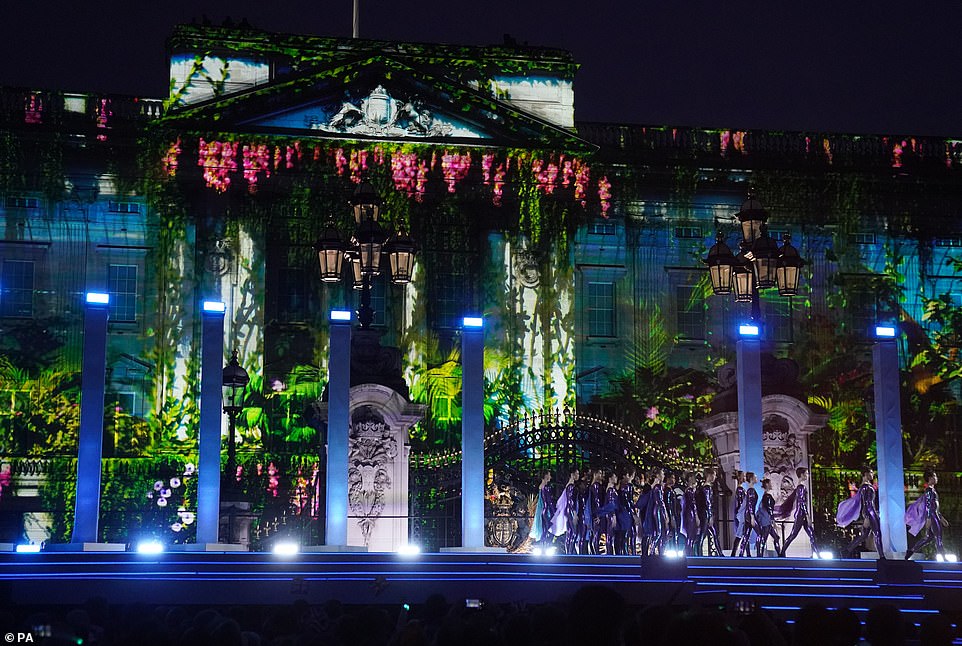 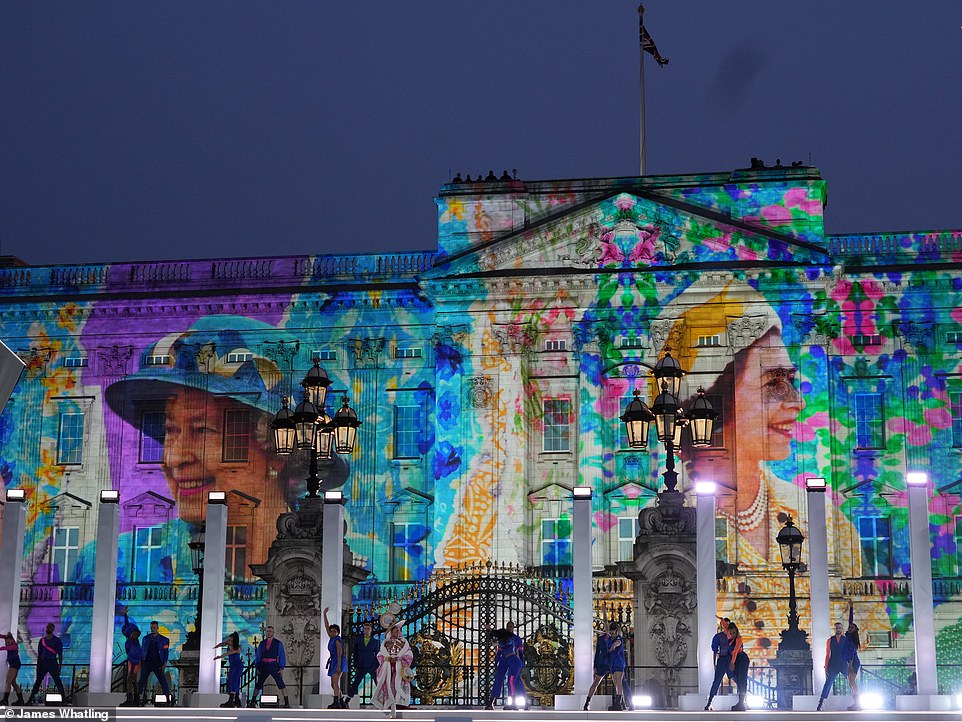 The crowds heard archive recordings of the Queen speaking about the future of the planet in 1989 during her Christmas Message: ‘The future of all life on earth depends on how we behave towards one another and how we treat the plants and animals that share our world with us’ 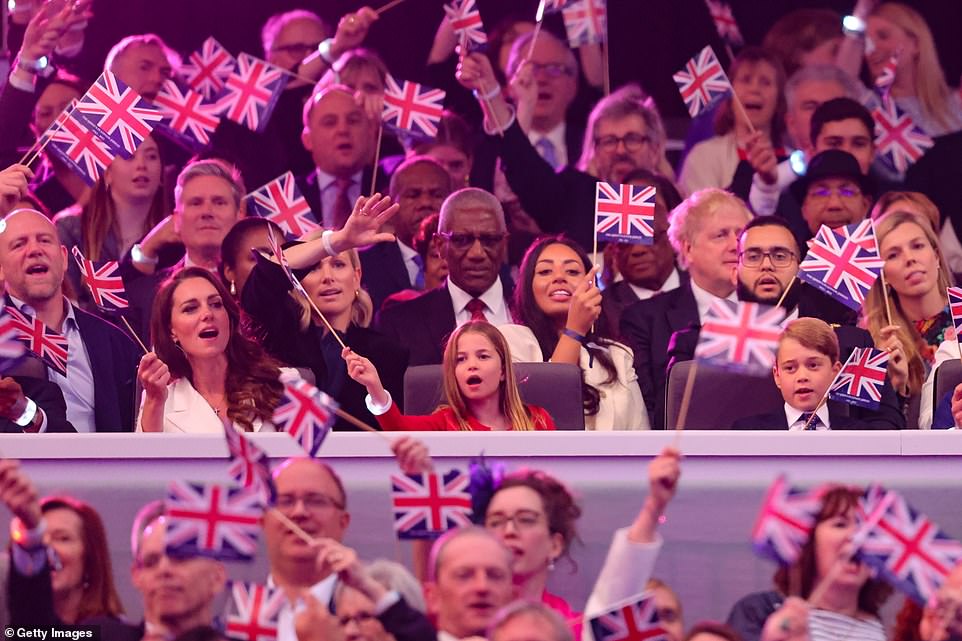 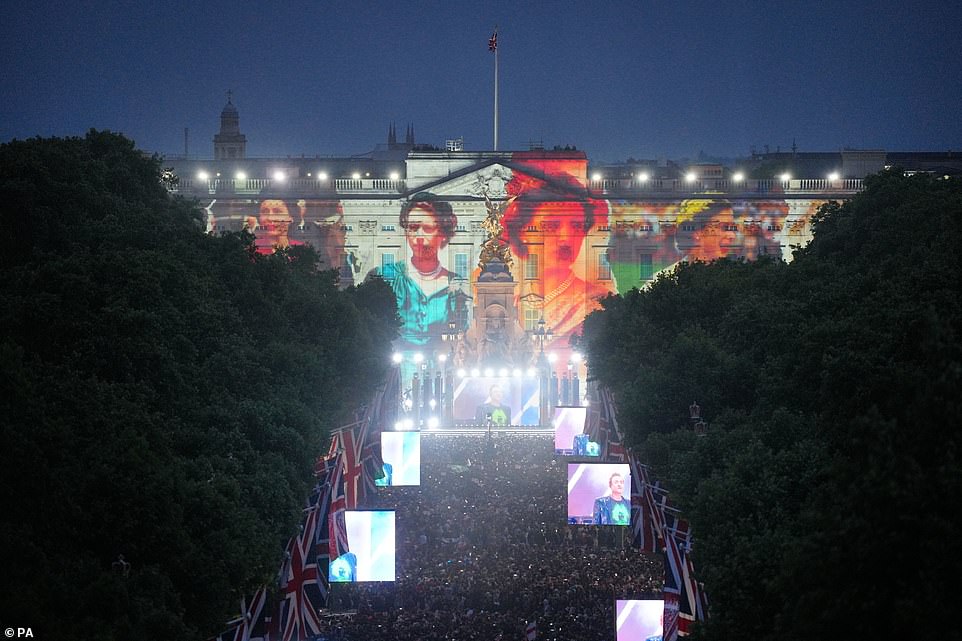 Duran Duran performs during the Platinum Party at the Palace in front of Buckingham Palace, London, on day three of the Platinum Jubilee celebrations for Queen Elizabeth II

Paris Brothers recalls some cheeses due to potential Listeria contamination :