Kim Kardashian Is Reportedly ‘Getting Heat’ From Parents About Kanye West –


She may have divorced the rapper and removed herself from his chaotic world of vitriol, but Kim Kardashian is still suffering at the hands of Kanye West.

After being dropped from major brands including Adidas and Balenciaga and being banned from Twitter and Instagram following his vile anti-Semitic tweets, West was spotted arguing with a parent at his son’s soccer game last weekend.

According to a source who spoke to Hollywood Life, “Kim has been getting heat from the other parents at Saint’s soccer games and the consensus among the parents is that they do not want Kanye to be attending their kid’s games with the volatile hate that he has been spewing.” The source continued, “Many of the families and kids are Jewish and they feel personally attacked by Kanye, which is most likely what caused the altercation at Saint’s soccer game.

While it’s entirely fair for the parents to feel that way toward West, it’s unfair for them to hold Kim, his ex-wife, accountable for his behavior. Even when they were married, several public situations confirmed she could only influence West’s spirals so much. Hollywood Life‘s source reiterated this, saying, “Kim feels helpless because she does not have any control over Kanye. Kim really cannot tell Kanye to do anything because that will make him do the opposite.”

Explaining that Kim is trying to do her best to navigate the uncomfortable and complicated position she’s in, the source explained, “Kim feels like she has been watching Kanye sink his ship from the safety of her shore. Her best approach at all public events is to ignore him. The other parents are not having the easiest time doing this.”

Since his “White Lives Matter” stunt during Paris Fashion Week and the prejudiced events that have followed in rapid succession, West has lost nearly two dozen brand partnerships, had his Donda Academy shut down, and faced numerous famous peers and ex-friends speaking out against him, including Jaden Smith and John Legend. 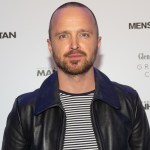 Before you go, check out these celebrity moms who talk about raising their kids on their own.

Read More: Kim Kardashian Is Reportedly ‘Getting Heat’ From Parents About Kanye West –