In his call with Scholz, Netanyahu emphasized his commitment to expanding ties with Arab nations and voiced concern regarding Iran’s nuclear program.

Erdogan expressed his congratulations to Netanyahu in a letter, despite previous years of friction between the two leaders.

“I congratulate you on your victory in the elections and believe that the new government will continue the cooperation between the countries in all fields in a way that will bring peace and stability to our region,” he said.

Jerusalem and Ankara have slowly renewed ties over the past year, following over a decade in which the relationship was strained amid Turkish protests of Israel’s treatment of Palestinians, particularly in Gaza, while Israel also expressed anger over Turkish support for Palestinian terror group Hamas.

Speaking to Scholz, the Likud leader said that “Germany has a special part in [the] historic process” of expanding ties between the Jewish state and its neighbors. He also said that the Iranian nuclear program “poses a significant threat to Israeli security and world peace.”

The call ended with the two agreeing to strengthen ties between their nations and Netanyahu thanking Scholz for Germany’s support of Israel.

Scholz has been a significant figure in Israeli diplomacy, particularly regarding the Jewish state’s opposition to a renewed Iran nuclear deal. In September, caretaker Prime Minister Yair Lapid held a joint press conference with the German chancellor in which they expressed their countries’ opposition to Iran developing a nuclear weapon. Lapid had also provided Scholtz with “sensitive and relevant intelligence information” relating to the Islamic Republic’s nuclear program earlier that day. 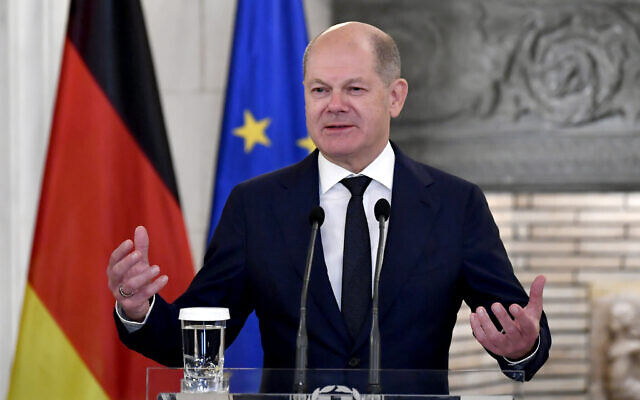 Also in September, Israeli Ambassador to Germany Ron Prosor said that the country’s ties with Berlin were its second-most important behind its relationship with the United States.

UAE President Sheikh Mohamed bin Zayed Al Nahyan also congratulated Netanyahu Thursday and extended an invitation to visit. Relations between the countries were normalized under the 2020 US-brokered Abraham Accords, which the leaders referenced. 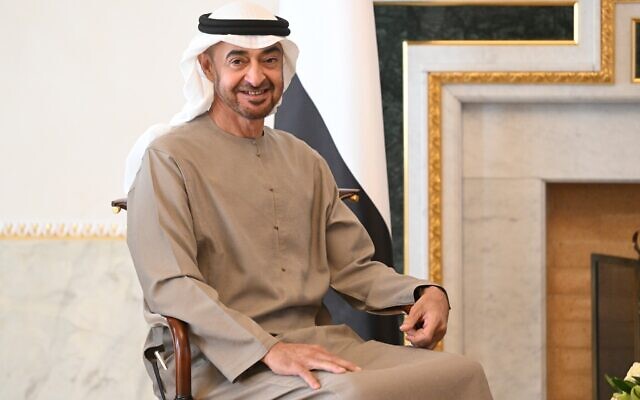 President of the United Arab Emirates Sheikh Mohamed bin Zayed Al Nahyan smiles while posing for a photo prior to his talks with Russian President Vladimir Putin during their meeting in St. Petersburg, Russia, October…