Boris Johnson could agree not to challenge Rishi Sunak in exchange for the promise of a safe seat at the next election, friends of the former prime minister have said.

Johnson would “leverage” his position over Sunak if the Conservatives did badly in the local elections in May under plans being discussed by his allies.

Four months after he left Downing Street, a determined group of Johnson’s supporters still hope he will return as prime minister before the next general election. 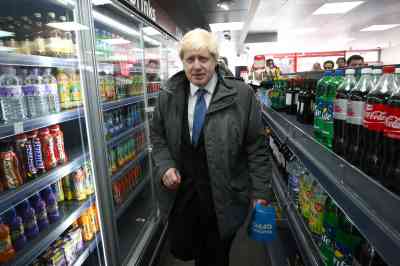 Johnson was mayor of London between 2008 and 2016. Before that he was MP for Henley in Oxfordshire

One close ally of the prime minister said that the number of Conservative MPs who wanted Johnson to oust Sunak amounted to “only two dozen, maybe three dozen at most” and warned: “We would just look ridiculous if we changed PM again. Most people

Merkel’s legacy is in ruins, and a good thing too | Comment

Boris Johnson won’t save the Tories

Is Boris Johnson bouncing back towards No 10? | News

Sunak isn’t Johnson or Truss, but does anyone know who he is – or what he wants

A critical year ahead for the Conservatives

2022 in political quotes – from cake ambushes to tractors | Politics News

Trump makes shocking comments about trusting Putin over US ‘intelligence

Latest News Jan 31, 2023
Sign up for the daily Inside Washington email for exclusive US coverage and analysis sent to your inboxGet our…